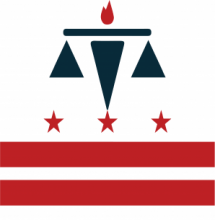 “How lucky am I to have something that makes saying goodbye so hard” – Winnie the Pooh (esteemed scholar).

Apologies to those of you who are not fans of the great honey-loving scholar from childhood tales, but this is my way of saying goodbye. On July 22, 2017, I’ll be stepping down as BEGA’s Director to take on a new and different role as the Chief Programs Officer at the D.C. Bar. The very capable Brian Flowers, BEGA’s General Counsel, will step up as Interim Director until the BEGA Board Members can make a long-term decision on a replacement.

This decision to leave BEGA was bitter/sweet considering that I have been with the District Government since 2003 and have had the privilege of serving as BEGA’s founding Director since 2012. In that time we have built an agency from nothing to one that is an important resource for our ethics counselors, government officials, employees and even the citizens of the District. I am confident that the incredible BEGA staff, our esteemed Board Members and the systems we have put in place in our first 5 years will continue to benefit those who have come to rely on us for highly responsive and efficient service.

I would like to give a special shout out to all of the agency Ethics Counselors. I truly believe that each of you, like me when I came to this job, understands the importance of ethics and finds yourself in this special role for that very reason. Risking just a little hyperbole here, I hope we can always keep in mind that any government rests on the trust of the citizenry it serves and that that trust is earned only when we are held truly ethically accountable. It wasn’t always like that in this city and though I am leaving before the work is done, I am happy to have been a part of the transformative efforts that have taken place in the last 5 years – efforts that have made government ethics reform in the District the gold standard among state and local jurisdictions. Keep up the great work!

Keep a look-out for BEGA’s Ethics Day 2017 happening in October.